You’ll have to excuse what may seem like a period of mourning for many news lovers. Yesterday, Freedom Forum, the creator and primary funder of the Newseum, announced that the building which houses the Newseum, has been sold to John Hopkins University. The Newseum will remain in the building through the end of 2019.

The Newseum is the only museum in Washington, D.C. dedicated to press freedom and the first amendment.

The most sacred area in the Newseum, is their memorial to fallen journalists.

Google best museums or attractions in D.C., and you will see the Newseum often makes the list. After yesterday’s announcement, reaction on social media was one of sadness and heartbreak.

I first visited the Newseum at its original location in Arlington, Virginia. And was ecstatic when they announced they would be moving to Washington, D.C. It opened at its current location on Pennsylvania Avenue on April 11, 2008.

The Newseum is not only home to powerful exhibits, but they have had great programs such as Inside Media and The President And The Press, featuring incredible speakers.

In June 2017, I had the pleasure of hearing veteran White House correspondent April Ryan speak about what it has been like to cover the White House. She also signed copies of her book At Mama’s Knee.

In April 2015, Tavis Smiley visited the Newseum and talked about his book My Journey With Maya.

Some of my favorite moments at the Newseum, have included hearing author and commentator Tavis Smiley, and White House correspondent April Ryan, speak and sign books.

If you are in the Nation’s Capital, soak up all that you can of the Newseum this year. 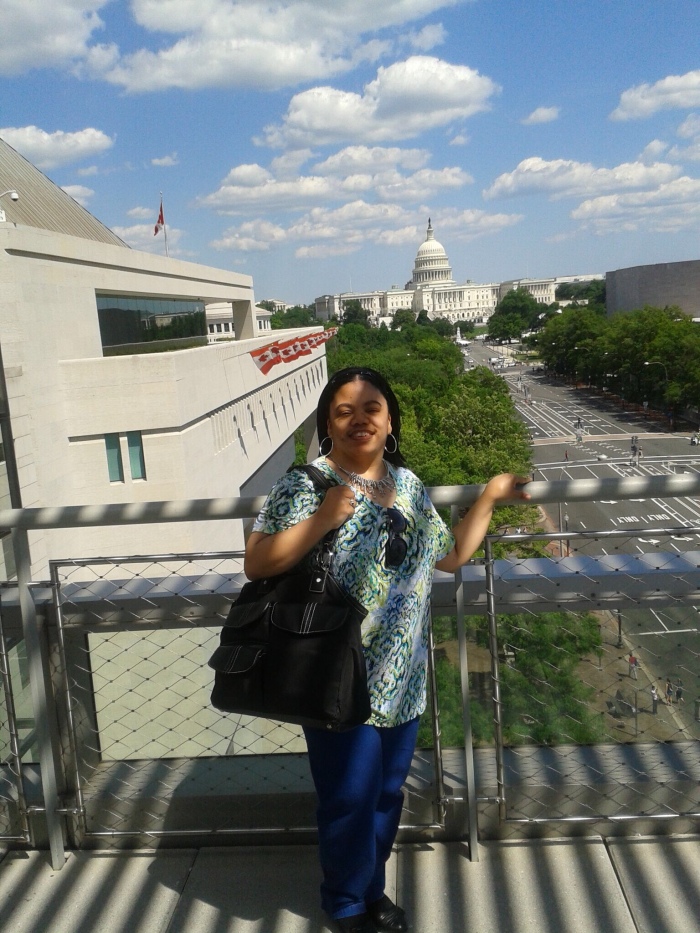 A favorite attraction for many at the Newseum, it the observation deck. Not only is it a beautiful view overlooking the city. But it is powerful moment to be at a museum dedicated to the first amendment, and look out at the Capitol building.

And most importantly, let’s all re-dedicate ourselves to supporting those organizations that have committed themselves to press freedom.

Thank you for all that you have done so far, Newseum. Here’s hoping that your story will continue at a different location, still in the heart of D.C.

As a child, I loved walking into a mall and finding one of my favorite bookstores: Waldenbooks and Crown among them.

That era, of course, has long gone by. And today’s children will likely never know the joy of spending an hour getting lost (purposefully and wonderfully) in your favorite bookstore.

But I must confess: I still love walking into a brick-and-mortar store and inhaling the smell of books in print format.

So imagine my joy at finding Carpe Librum, a pop-up bookstore. Carpe Librum is the fundraising branch of Turning The Page, and education-based nonprofit.

Indulging one’s love of books while also supporting a great cause? Now that’s what I call winning!

Learn more about Capre Librum (“seize the book”) and Turning the Page: http://turningthepage.org/what-we-do/book-donations-in-chicago/